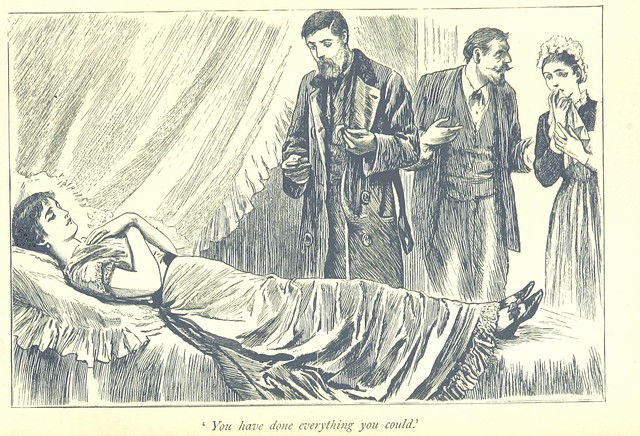 It’s a question that comes up a lot. “Pastor Dave, how can somebody on their deathbed, who’d lived their life however they want, ask Jesus to forgive them and then get into heaven?  It’s not fair!”

It’s not fair that they have not known the joy of the unconditional love of God.

When we say, ‘It’s not fair” that folks can realize their salvation at the last minute, we are misunderstanding and mischaracterizing what it means to be a follower of Christ.

“Oh my, what a terrible slog it is to walk the Christian path. I’ve had to do all this stuff for years upon years, and Last Minute Louie (or Louise) gets in at the last minute.”

What is it that is so terrible that you’ve had to do?

I don’t look back at the 15 or so years I was an unChristian atheist/agnostic and say, “That was the most wonderful time in my life! I could do anything I wanted.”

I look back at those years from my late teens to my early thirties and regret what I missed. I missed the presence of God, the assurance of forgiveness, the fellowship of believers, and on and on.

When my dad died when I was 25, I had no hope of ever seeing him again.

When we say it is unfair for someone to recognize who Jesus is for them a the last moment, we reduce Christianity to a cosmic insurance policy that does not pay off until this life is done.

We diminish and even dismiss the benefits of being a follower of Christ in this life.

When we express or inwardly brood about someone “doing whatever they want” before they finally experience God’s love for them, we reduce the Christian life to a prison constructed of rules.

To follow Jesus is to experience freedom, the freedom to be the people God created us to be.

This concern about late and last-minute conversions is not new. Jesus told a parable about it – the Parable of the Laborers in the Vineyard.  In the parable, workers who have labored all day complain when they are paid the same by a vineyard owner as those who only worked an hour.  “It’s my vineyard,” the owner responds, “I paid you a day’s wage just like I promised. I can pay them the same if I want.”

Sometimes this parable is simply interpreted as a lesson about God’s sovereignty – God too can do what God wants. The world and the people in it are God’s, after all.

But there is more.

The workers who complained  didn’t consider the benefits of working all day beyond the evening payoff.

For whom were things that day the most “unfair?”

Folks sometimes ask, “If you can wait until the last minute to become a Christian, why not wait?”

Sure you can wait.

But why would you want to?

I'm an unexpected pastor. Why unexpected? Because no one is more surprised than me that I'm a pastor. See the "About" page on my blog for more info.
View all posts by pastordavesimpson →
This entry was posted in Christian Living, Christianity, Faith, Questions and tagged Deathbed conversions, Last minute conversions, Matthew 20:1-6, Parable of the Laborers in the Vineyard. Bookmark the permalink.