#thechurchtoo – A Sermon in Response to #metoo

Posted on October 23, 2017 by pastordavesimpson 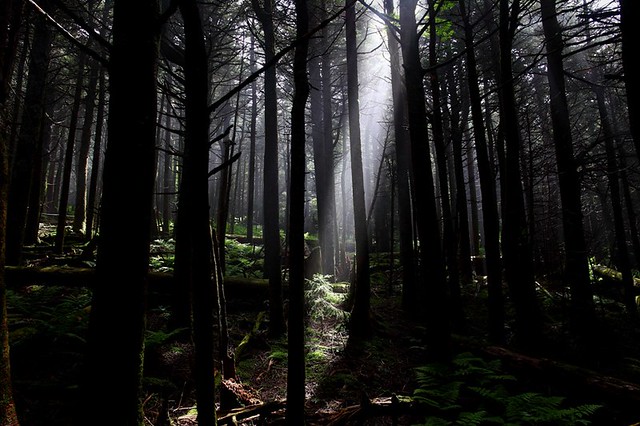 Sermon preached on October 23, 2017 at Christ Evangelical Lutheran Church of Millersville. You can find a video version of the sermon here, or a podcast here. Karen, my wife, helped with editing and ideas.

In Galatians, as Paul describes our new life in Christ, he writes, “There is neither Jew nor Gentile, neither slave nor free, nor is there male and female, for you are all one in Christ Jesus.”

We are all ONE, the body of Christ, women and men. Men are not superior in any way to women. Women are completely created in God’s image, no less than men.

Why am I reminding you of these things that should be basics of our faith and life?

Because I have been reminded that many women– including women in our church family – have experienced mistreatment simply because they are women.

If you are on any kind of social media, you probably have seen many, many tweets and posts recently that say, “#metoo.” Most contain statements like this, “If all the women who have been sexually harassed or assaulted wrote ‘me too’ as a status, we might give people a sense of the magnitude of the problem.”  Many women shared not just “me too” but their stories of harassment and abuse. Famous women, ordinary women united in breaking the wall of secrecy and silence that allows such behavior to continue.

When women have spoken up, they have been told, “That wasn’t harassment, that was a compliment,” or, “That can’t be true. He’s such a good guy.” Or asked,  “What did you do to encourage him?” or “You don’t want to ruin his life, do you?”  Or, “Why are you so uptight,” Or, “What were you wearing,”Or, “Why were you there in the first place?”

Women have not spoken up because we  blamed women for their mistreatment. We enabled the mistreatment to continue by not assigning responsibility to the perpetrators.

This is an issue for the church. The church has a history of not taking women seriously when they speak up about harassment and abuse. If the church – the people of God – does not listen to women and speak out about abuse and harrasement, then where can women turn? What does our silence say about God?

I read a blog post this week called “silence speaks” on breadandpomegranates.com. It was written by a Christian woman who addressed the church’s silence about the mistreatment of her and other women:

Your silence says:
“I don’t see the outpouring of grief, pain and trauma before me”
“I don’t believe the church has the capability of offering hope, liberation and comfort in that space of pain”
“You can’t bring your pain here”

Shouldn’t the church be a place where we can bring our pain?

She goes on to write, “Can I go a step further and say that by not acknowledging the disclosures, of sexual assault and harassment, during the #metoo campaign, that [the church is] furthering the silencing that these survivors experience.  [The church is] reinforcing the message that this is something unacceptable to talk about.  It is only by making this something that is talked about in all places of society that we can take steps to eradicate it.”

So I will talk about it. If not in church, then where?

Many young people who don’t come to church say they stay away because we don’t deal with real-world stuff. They are often right. If our faith doesn’t address real-world pain as expressed in “#metoo,” then what good is our faith? It is nothing more than an eternity insurance policy.

I hear you. I see you. I believe you.

It is not your fault and I will not remain silent.  But I will listen and learn.

I want to say to every woman who has not been able to post #metoo or did not want to for whatever reason – you are brave, too. You don’t owe anyone your #metoo or your story – no one should feel pressured to share. I respect your silence.  To carry on carrying your pain takes courage. And even though we don’t know your story, even though you have not chosen or been able to share it out loud or in print . . .

God hears you. God sees you. God believes you. It is not your fault.

And I am sorry. I am sorry that the church has been a place where women have been marginalized and minimized. Where for many years – and even in the present in some churches – women were not able to preach or to teach or to serve in leadership positions.

I am sorry for the church’s legacy of teaching that women have to be subservient to men, again still taught in too many churches, that men are supposed to be the boss in families and in the world. I am sorry for the church’s misuse of the great reversal to tell women it’s a blessing to be in an abusive relationship, to carry their cross and to stay. That is not Biblical – it is the interpretation of a church run by – you guessed it – men.

I am deeply sorry that women have been harassed and abused by pastors and priests and other leaders in the church.

I am sorry that we the church  have not done a better job of teaching Christian men – from the time they are boys – to respect women as people.

Men, women don’t need our protection. They need us to listen and take them seriously. We are not called to be concerned because they are, as we hear too often, “our wives and mothers and daughters.” We are called to be care because women are fully people not defined by their relationship with men.

I am sorry that the church has often taught that the only real value and “full life” a woman can have is in the role of wife and mother.

Men, we don’t like to think of ourselves as perpetrators of abuse and harassement. I would guess that an honest look back at many of our lives might reveal something else – have we never even unintentionally made a woman feel uncomfortable by staring or touching? Have we been guilty of, as someone wrote, “the glance that lingers too long and in the wrong place, treating women not as creations of God but objects to be ogled?”

But it is not just that we should not be perpetrators, we must not be perpetuators. We must not perpetuate a culture that allows men to harass and abuse women without consequence. Men, we are called to speak up and speak out against attitudes and even jokes that demean and perpetuate stereotypes about women. Our silence tells other men that their misogynistic attitudes and behavior toward women are okay.

Particularly as Christians, we cannot excuse vile talk and behavior as “Just the way guys are.” It is not the way guys – especially not Christian guys – are called to be. Such attitudes are learned.  I saw a t-shirt online the other day. It said “Boys will be Boys.” But it crossed out the second, “Boys” and replaced it with, “Decent Humans.” Boys will be decent humans, but only if we teach them. Decent humans – Christian humans – respect others and accept that no means no and yes cannot be assumed.

The church must have a conversation about consent. I read an essay this week that shook me up. It was written by a Christian man who looked back on his life and realized he had been guilty of things women were posting about. He wrote that one reason he thought that behavior was okay was that he had never heard consent addressed in church – not in worship, not in Sunday School, not in Youth Group. The stories told by women this week involve a lack of consent, men who talked to and touched women in ways both dramatic and subtle when the woman had not given them permission.

We need to teach our children, girls and boys,  from the time they are young that their bodies are beautiful creations of God. Their bodies are temples of the Holy Spirit who moved in when they were baptized. Bodies are not evil or unclean, they are part of who we are – the complete package of mind, body, and spirit. At the root of our faith is God in human flesh, Jesus Christ.

We teach this best by example. By asking children’s permission before anyone but a parent lays even a loving hand on them. Children should never be forced to hug or kiss someone they do not feel comfortable relating to in that way, including relatives and close friends. To force them to, “Just give grandpa a kiss” teaches them they do not control their bodies and it is not okay to say “no,” and that “yes” can be assumed.

You may have noticed that I try to remember to ask every child who comes up to communion for a blessing if it is okay if I bless them. If they say no, I will not make the sign of the cross on their head. To do so without permission gives them the idea that in the church, their bodies are not their own.

We know that can be a dangerous lesson.

This is not just important for children. When I first came to Christ Lutheran, one thing I heard was that I did not hug enough. Sure, some pastors are huggers! But I always go by what my mother taught me, the southern belle that she was – a man never even shakes hands with, much less hugs, a woman who does not initiate the handshake or hug.

As I’ve grown, I’ve learned why this is more important than just manners and that it doesn’t apply only to women. There are people, primarily women, who stay out of churches because that is where people hug them or even kiss them or otherwise touch them without their permission. They may have a history of abuse and find even this well-meaning physical contact to be a reminder of what happened to them. Or they may be like many who simply do not like to be touched.

We may think we are just being nice by hugging someone – but let’s be a church that practices consent. Let’s ask one another first. If someone felt they needed a hug one week, we still need to make sure it is something they are comfortable with this week.

Let’s be a church that says to women – and not just women but men and non-gender conforming folks – who have been abused or harassed because of their gender:

We hear you. We see you. We believe you. It’s not your fault.

I'm an unexpected pastor. Why unexpected? Because no one is more surprised than me that I'm a pastor. See the "About" page on my blog for more info.
View all posts by pastordavesimpson →
This entry was posted in Christian Living, Christianity, Christianity and Culture, Church, Sermon and tagged #metoo, Sexual Assault, sexual harassment, the church and #metoo, women in the church. Bookmark the permalink.

4 Responses to #thechurchtoo – A Sermon in Response to #metoo