It’s Not Just About Brock Turner: The “Rape Culture” Is US

Posted on June 7, 2016 by pastordavesimpson 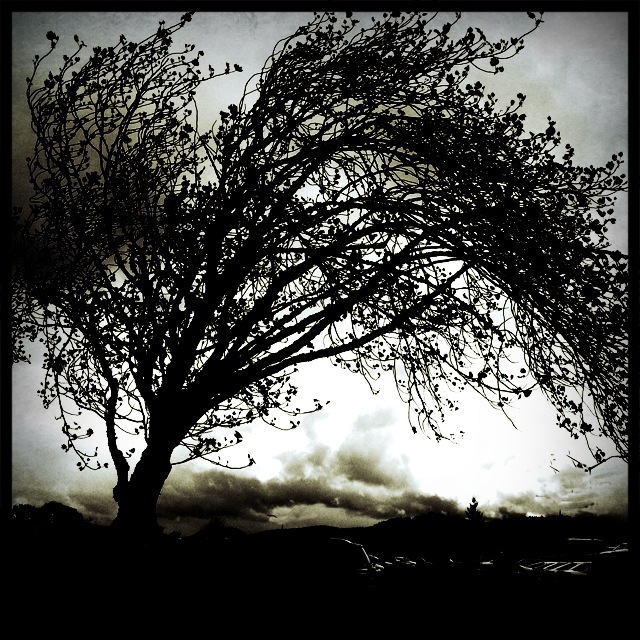 Men, we have to speak up and speak out. To be silent is to give mute assent to a culture of rape that victimizes women with both physical violence and spiritual dehumanization. We must change that culture, a culture that we – men – have actively and passively allowed to pervade not just our college campuses, but just about anywhere men and women gather. That includes, I should confess as a pastor, the church.

We have acquiesced to systems – both formal and inherent – that place men above women in business, education, and, yes, religion. Why not? It certainly serves our purposes. Superiority has its privileges.

In our position of supremacy, we have not taken seriously the suffering women experience. We have responded with silence or sly grins or ribald laughter when women are objectified and even when that objectification is enacted on their bodies. It’s just how guys are, after all, and some women are just asking for it.

This boys-will-be-boys BS must end.

The first step: Stop blaming women for the evil – and I use that word advisedly – actions and attitudes of men.

Over the past few days, a powerful corrective for our rape culture has been read and shared through the various conduits of social media. It is a wrenching missive germinated in pain. The author is a 23-year old woman, a victim of sexual assault. Those words, “sexual assault,” sound almost quaint in light of the violence and aftermath she describes in this letter she wrote and read in court before the sentencing of her assailant.

The letter addresses that violator directly; “You don’t know me, but you’ve been inside me, and that’s why we’re here today,” she begins.

Her detailed description of the devastation of her body is difficult to read.

(M)y breasts had been groped, fingers had been jabbed inside me along with pine needles and debris, my bare skin and head had been rubbing against the ground behind a dumpster, while an erect freshman was humping my half naked, unconscious body. But I don’t remember, so how do I prove I didn’t like it.

The saga her ongoing victimization indicts our culture and all who remain silent, accepting the way things are.

I was not only told that I was assaulted, I was told that because I couldn’t remember, I technically could not prove it was unwanted. And that distorted me, damaged me, almost broke me. It is the saddest type of confusion to be told I was assaulted and nearly raped, blatantly out in the open, but we don’t know if it counts as assault yet. I had to fight for an entire year to make it clear that there was something wrong with this situation.

She is violated by the assailant then violated again and again, especially by a legal system that seems more intent on protecting the person and reputation of her attacker:

I was pummeled with narrowed, pointed questions that dissected my personal life, love life, past life, family life, inane questions, accumulating trivial details to try and find an excuse for this guy who had me half naked before even bothering to ask for my name.

Read it. Seriously, read it. Or watch CNN anchor Ashley Banfield read it. Even if you don’t finish this post, it is more important to me that you read this sure-fire empathy-inducer.

When you are done reading it, share it. Go ahead, I’ll wait.

If you have a teenage son, make him read it. He may not want to; it is rather long. You may not be sure if he should read it as it is graphic, but therein lies the impact. It is real. It is no more explicit than the movies he watches or the video games you let him play (and the attitude toward women enacted in the assault is no different than in many of those “entertainments”). Bribe your son if you must, perhaps tell him he must read it and discuss it with you before he is allowed to date.

Do this because your son lives in the rape culture, and is immersed in media that too often tells our sons that the only value of our daughters is how they look and what they are willing to do for men. Do this because empathy is something with which all adolescents struggle, and this letter will give him some insight into the real feelings of the real woman who was really scarred by a real-life sexual assault.

This is a discussion that needs to happen in homes and in schools and, yes, in churches.

It is appropriate to ask, “Where is the church on this?” I doubt the church is the first place most victims of sexual assault think of when they are looking for support. Not in this day when Christians are known more for their judgment than their compassion. Not when the church on the whole has been woefully quiet about the culture of rape and sexual assault.

I always spend some time in the Confirmation classes I lead with middle schoolers talking with young men about respecting women, but that is not enough. We have to equip our parents to have this conversation with their sons, not just once, but over time. We must make it part of our youth groups and Sunday School curriculum. We have to face and counteract the reality that for years the church taught (and some still do) that men are in charge and a woman’s job is to please her man. Those who espouse this view will protest that they don’t mean a woman is less important, just that her role is “different.” I’m not buying it; if a woman’s worth depends upon a man’s evaluation, then men have power that can be misused . . . and will be.

In the wider culture, we must rethink the idea of “dressing appropriately” and “dress codes.” Have we given our daughters the idea that they are responsible for the sexual restraint (or not) of the males around them? Have we given our sons license to act out their fantasies of dominance because a girl’s dress or actions makes it so s young man just can’t help himself?

So much of that BS in the case of the 23-year old woman. Brock Turner is the perpetrator in her case. He was found guilty by a jury of:

During the trial, Brock’s attorney promoted the underlying message that the victim was complicit in her assault because she was drunk. Because she had gone to a party and drunk too much, she deserved what happened to her.

Some girls just have it coming.

And poor Brock, he was drunk and you know boys will be boys . . .

I don’t really blame the attorney. He was doing his job in an adversarial legal system where justice is (hopefully) achieved by vigorous prosecution and defense. That’s a good thing, even the vigorous defense part, because sometimes people are accused of crimes they have not committed.

The problem is that the type of blame-the-victim defense perpetrated by Brock’s attorney works. Because the rape culture is so pervasive, attorneys use this tactic because it is effective.

That is a cultural problem, not a legal one.

In this case, it was indeed an effective tactic. For even though Brock was convicted of those three felonies, he received a sentence of . . .

Fourteen years? That was the legal maximum.

Six years? That was the recommendation of the prosecutor.

How about six months? That was the actual sentence, but in reality Brock will serve about.

The judge said he thought a long prison sentence would have an adverse effect on poor Brock.

Isn’t that kind of the idea?

The judge took into consideration that Brock was a star swimmer at Stanford who lost his scholarship and that he had a good, supportive family.* He thought it was relevant that both Brock and the victim were intoxicated at a college party.

Boys will be boys.

The judge also said Brock’s “remorse” played a role in his decision. But the only thing Brock seems to have expressed remorse about was getting drunk. He has promised to do public service stuff warning against “alcohol and promiscuity” after he gets out of jail.

More rape culture BS. Alcohol did not assault the victim.

And promiscuity is about sex. Rape is not about sex. I thought we had this discussion decades ago.

There is a petition circulating to recall the judge, Aaron Persky (who also happens to be a former Stanford athlete. I’m just sayin’ . . .).

And then there is the letter Brock’s father submitted to the court. Apparently he is concerned that Brock will no longer enjoy grilling and eating the steaks his dad bought for him (I’m not making that up).

I don’t blame Brock’s father for the ridiculous attempt at rescuing his son. It’s what parents do, I guess. But again, the letter is reflective of a cultural cancer.

In the most maligned portion of the letter, Brock’s dad urged the judge not to put Brock in jail over “20 minutes of action in his 20 year life.”

It is not the “20 minutes of action” that is the root of Brock’s crime. It is of course the choices he made.

But we must acknowledge that his choices are a result of a thought process marinated not in alcohol, but rather in a culture where rape and sexual assault are minimized along with the worth and humanity of women. His choices brought him into a legal system where sexual assault is under-reported, under-prosecuted, and under-punished.

Brock’s choices were grounded in the BS of the boys-will-be-boys rape culture.

He is most certainly responsible for the choices he made.

We, especially we men, are responsible for changing the culture.

*How would an African-American young man with three felonies and no opportunity to go to college and a broken family fare with the same charges? That’s a topic for another post . . .

I'm an unexpected pastor. Why unexpected? Because no one is more surprised than me that I'm a pastor. See the "About" page on my blog for more info.
View all posts by pastordavesimpson →
This entry was posted in Christian Living, Faith, Family, Father and tagged Brock Peters, Judge Aaron Perskey, Rape Culture, Sexual Assault, Sexual Assault Victim Letter. Bookmark the permalink.

5 Responses to It’s Not Just About Brock Turner: The “Rape Culture” Is US