Posted on March 31, 2016 by pastordavesimpson 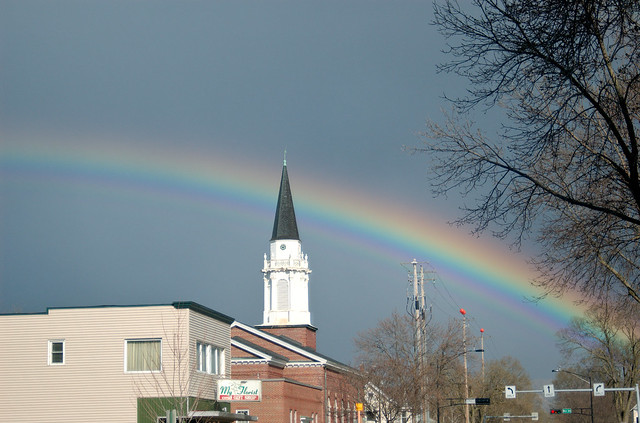 In the 1960’s, “States’ Rights” meant the “right”to discriminate against people of color.

Advocates of both have invoked Christ.

But Christ no more died on the cross so you could have “whites only” water fountains than he did so you won’t have to bake a cake for a same gender wedding.

Today I read yet another article about a state legislature passing a so-called “Religious Liberty” bill. This time it is Mississippi, that paragon of “liberty” where the Confederate Flag remains embedded in the state’s standard.

But it’s not just Mississippi – many other states are considering such action, Georgia and Virginia‘s legislatures passed laws that were mercifully vetoed by their governors, and of course North Carolina finalized a “religious liberty” law last week.

It libels the name of Christ – who died for the whole world on Good Friday- to rationalize any kind of discrimination with his name.

Our nation already fought this battle. We decided decades ago that we could not be a country that stands for liberty and freedom while treating some of our people as less-than-us.”

During the Civil Rights era, businesses invoked  freedom and liberty to deny serving people of color. Worse, from my perspective as a Christian, they said God – the Christian God – wanted races to be separate

But forces of inclusion – many of them Christians – eventually won the legal war.

Why now do some think it is okay to exclude based on sexual orientation or gender identity? Why do they think God desires separation on this basis?

If you want to dislike LGBTQ folks, that is your right. If you want to believe their sexuality is sinful, go for it. Christians can and do certainly disagree about this in good faith.

But “public accomodation” means all of the public, not just those of whom you approve. It means you can’t keep people of color away from the lunch counter, or deny medical treatment (as the Mississippi law allows) to an LGBTQ person.

And please leave Jesus out of it.

Jesus hung out with those disapproved of by the upstanding folks –  especially the “good” religious people.

If last Friday teaches us anything, it’s that Jesus wasn’t executed for being too exclusive; it was his radical inclusivity that got him into trouble.

Some might answer, “Yeah, Jesus hung out with sinners. But he said, ‘Go and sin no more.'”

But nobody did that. “Sinning no more” is impossible in this life. Nobody stopped sinning.

———-
I realize this post has a more strident tone than is typical. Why am I so passionate about this? First, because some of the people I care about most dearly are LGBTQ and  therefore directly affected by these laws.  Second, because I am committed to sharing the Good News about Jesus Christ. Unfortunately, surveys show that one of the first things young people who are unChristians think of when asked about Christianity is, “Christians hate gay people.” These “religious liberty” laws are not only discriminatory, they are anti-evangelism; they reinforce the perception of the church – and of Christians – as judgmental and exclusive.

I'm an unexpected pastor. Why unexpected? Because no one is more surprised than me that I'm a pastor. See the "About" page on my blog for more info.
View all posts by pastordavesimpson →
This entry was posted in Christian Living, Christianity, Homosexuality, LGBTQ, Uncategorized and tagged Mississippi Religious Liberty Bill, North Carolina Religious Freedom Law, Religious Freedom Bills, Religious Liberty Bills. Bookmark the permalink.