Posted on February 28, 2014 by pastordavesimpson 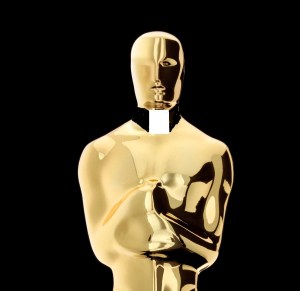 With the Academy Awards scheduled for Sunday evening, today we interrupt the series of posts about my Israel trip  for Part One of my annual Best Picture Countdown. Part Two will be posted tomorrow. (The Israel posts so far are HERE, HERE, and HERE and will continue Monday.)

I’ve watched (sometimes endured) all nine nominees so you don’t have to – just read these mini-reviews and you’ll be ready to enjoy as the always entertaining Ellen Degeneres hosts Hollywood’s most prestigious awards show.

As in the past, the films are not ranked by prediction of who will win, nor by which ones I “liked the best,” but by my opinion of whether they should take home the Best Picture Oscar on Sunday . . .

I stand by the assessment of “Her” I posted on Facebook after I sat through it: “Let’s see, how to sum up my feelings about this film . . . One of the characters makes a documentary film that is basically footage of her mother sleeping.  I would have rather seen that movie.”

To be honest, I did not see all of “Her.”  I napped periodically, confident that I missed nothing important because nothing interesting happened when I was awake.  Except perhaps for Joaquin Phoenix’s high-waisted pants; it was strange that a movie set in the future would dress its main character in Fred Mertz fashion.

I expected to love this movie. It sounded similar to the excellent “Eternal Sunshine of the Spotless Mind,” also directed by Spike Jonze.  That film and the awesome “Adaptation” demonstrate Jonze to be a director who can be original and daring.  “Her” is neither.  It is safe and, most damning of all, boring.  As Richard Brody wrote in The New Yorker, “It plays like a full-length kitten video.”

8. The Wolf of Wall Street

Ten years ago or so in a seminary Ethics class, I wrote a paper called, “Why Christians Should See R-Rated Movies.” I argued that films with “questionable” material are often valuable because, like other forms of art, they are a reflection of the culture in which they are made.  Movies can help us understand and therefore minister more effectively.

After three hours with “The Wolf of Wall Street,” I’m ready to take all of that back.

Not really, but “Wolf” certainly does not help my argument.  The first hour or so is compelling, chronicling how Leonardo DiCaprio’s character was sucked into the money-making mania that was Wall Street in the late 80’s and early 90’s (partly by Matthew McConaughey, whose too-brief appearance as an unhinged but ultra-successful broker is the best thing in the film).  But as DiCaprio ascends to the heights of financial success and descends into the depths of debauchery, a film that could have been a powerful indictment of self-indulgence becomes an over-the-top participation in that same depravity.

Somewhere in the three hours of non-stop profanity, sex, nudity, and Quaaludes is a profound illustration of the fallen, sinful condition of the world we live in.  Chopping off an hour of sensationalism may have resulted in a film that makes an astute statement about that depravity rather than giving into it.  Martin Scorsese has made some great films; this is not one of them.

Tom Hanks deserved a Best Actor nomination for this film, especially for his brave, raw improvisation in the last 10 minutes.  Other than that, “Captain Phillips” is a fairly standard, if well-done, suspense movie so it does not rank higher on my list. “Captain Phillips,” like several other reality-based nominees, has been criticized for taking liberties with “the truth.” I don’t think that is relevant to whether a film is “good” or award-worthy; unless a movie purports to be a documentary, its creates its own truth and is not beholden to re-enact events “as they happened.”  Much of real life is boring.  Movies, even serious films, are not supposed to be boring. “Captain Phillips” definitely is not boring, but neither is it a “Best Picture.”

I really loved “Nebraska.”  It’s the kind of quirky film that drew me into its world and made me care about the characters who live there, even though they are deeply flawed and not all that lovable.  The decision to shoot “Nebraska” in black and white was genius; I cannot imagine it in color.  The mood would have been completely disrupted.  “Nebraska” was also probably the funniest movie I saw in 2013 – I still laugh thinking about the scene in the cemetery (which likely sealed Jane Squibb’s well-deserved Best Supporting Actress Nomination).  I would not be disappointed if “Nebraska” won, but it is not higher on my list because it just doesn’t seem to be a “Best Picture” kind of film.

“Gravity” is  a rip-roaring good time.  It is a marvel not just of special effects but of pacing and getting the most out of actors who are doing their thing in the midst of what could be overbearing technology.  Plus, it’s directed by Alfonso Cuarón, who directed “Children of Men,” one of my top-ten films (although if I ever did write out my “top ten,” there would probably be at least 20 films on the list).  Gravity could very well win Sunday – it made lots of people lots of money and revitalized 3-D as a Hollywood money-printing machine.  What separates it from the films further up on the list is my Ultimate Movie Test – Did I think about its themes in the days after I saw it?  The movie was lots of fun in the theater.  But it was like the popcorn I had there – really tasty while I was eating it but the experience really ended after the box was empty.

Tomorrow, the Top Four . . . The remaining nominees alphabetically are “12 Years a Slave,” “American Hustle,” “Dallas Buyers Club,” and “Philomena.”  Who will be #1?

I hope you’ll share your picks in the comments, even if (especially if!) they are different than mine.

I'm an unexpected pastor. Why unexpected? Because no one is more surprised than me that I'm a pastor. See the "About" page on my blog for more info.
View all posts by pastordavesimpson →
This entry was posted in Arts and Culture, Christian Living, Movies and tagged Captain Phillips, Christian Movie Reviews, Gravity, Her, Oscars, Wolf of Wall Street. Bookmark the permalink.

1 Response to The Unexpected Pastor’s Best Picture Countdown 2014, Part One