I’m Not Dead Yet!

Posted on February 28, 2020 by pastordavesimpson 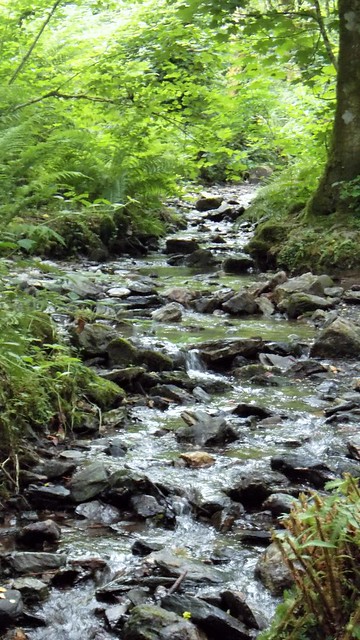 Not my wedding anniversary. That’s coming up on Monday.

It’s the third anniversary of the day my body tried to kill me.

The third anniversary of a doctor in the ER saying, “You have bilateral pulmonary embolisms.”

And me responding, “I can’t die! I have Hamilton tickets in May!”

Not that I thought dying was a possibility.

It was only after I got out of the hospital, during the weeks long recovery, that I realized (or allowed myself to understand) how serious the embolisms had been. Six subsequent visits to specialists. Six doctors who reviewed the records and said some variant of, “You’re lucky to be here.”

At the time I didn’t feel lucky. I was mostly pissed off. The ambulance ride to the ER had happened the day before Ash Wednesday, the beginning of Lent. It’s a busy time for a pastor. A time, if I’m honest, when I feel especially necessary. It’s nice to be needed. It feeds the ego, although Lent is supposed to be a time for feeding the soul.

A pastor came to the hospital that Ash Wednesday to pray and give me ashes. As she made the cross on my forehead, she said what we always say on Ash Wednesday: “Remember, you are dust, and to dust you shall return.”

I’d like to say receiving that reminder of mortality when I could barely breathe was a transcendent moment,

I was too busy worrying about when I would get out of the hospital, back home, back to work.

I’d like to say I am different now, less focused on what I do and more aware of who I am or, even better, Whose I am. I’d like to say that I experience every day as a gift, and appreciate the little things more because I am more aware of my temporary status in this life.

But that would not be true.

Although that’s a few months away. There are no guarantees. I am still around to anticipate officiating at my daughter’s wedding.

Maybe that’s what I’ve taken away from my near-death experience. Not a greater appreciation of each day; I’ve never been good at living in the moment and I still struggle with mindfulness.

I would not make a good Buddhist.

What I do have is a greater appreciation of anticipation. I was not completely joking in the ER about needing to survive to see Hamilton. Having something to look forward to is key to my mental, emotional, and spiritual health.

When I think about the times I have struggled with depression, I realize I had trouble looking forward . . . to anything. My perceived past failures and present inadequacies drowned out any possibility things could get better in the future. I am thankful for skilled therapists who helped lift me out of the static quagmire and pushed me forward again.

Lent is an important and valuable season in itself, but we walk through these days to the cross knowing – at least hoping – that the empty tomb lies on the other side of the cross. Lent is paradoxically a somber time of confession and repentance and realizing how short and how often we fall, but also a hopeful season when we anticipate the joy that will surely come.

Two days ago, it was Ash Wednesday again. I had ashes smeared on my head in the shape of a cross, and heard those words again: “Remember, you are dust and to dust you shall return.”

Someday, there will be embolisms or cancer or a heart attack, or – more likely for the klutz I am – I’ll trip over something and break my head. And I will not recover in this life no matter what plans I’ve made. That’s very clear to me after what happened three years ago.

But. . . on the other side of the cross is the empty tomb.

I can’t stay dead. I have, not Hamilton Tickets, but God’s Word on that.

There’s always something to look forward to.

I'm an unexpected pastor. Why unexpected? Because no one is more surprised than me that I'm a pastor. See the "About" page on my blog for more info.
View all posts by pastordavesimpson →
This entry was posted in Christianity, Faith and tagged Ash Wednesday, Bilateral Pulmonary Embolisms, Easter, Lent. Bookmark the permalink.

5 Responses to I’m Not Dead Yet!