Children at the Border: The Cruelty of “Whatever Works” 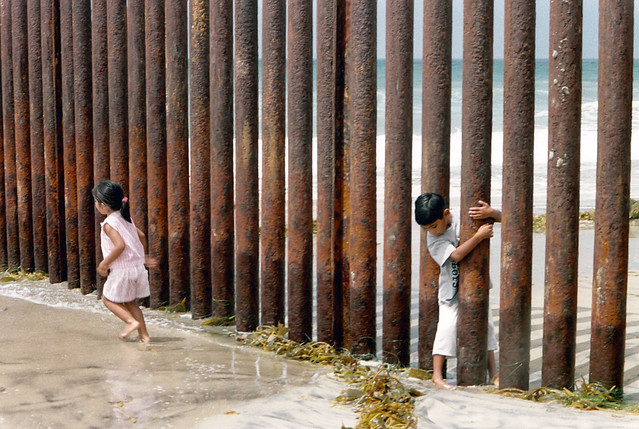 In my mid 20’s  I worked for two years at a Wilderness Camp for delinquent young men. It was rewarding but often challenging and frustrating work. Living in the woods 5 days a week with a group of ten adolescents could make you a little crazy.

You learned to eat fast. The program operated on a positive peer culture model, so if one or two members of a group acted stupid during mealtime, the whole group had to go outside and deal with the problem. That could take a while; often the remainder of the time allotted for eating. Sometimes three or four of the six groups would be outside at once.

It was after a spell of consistently interrupted mealtimes that my co-worker uttered his facetious (I hope) idea for a solution. “Just shooting one would be all that it takes. You’d do it in front of everybody and we wouldn’t have any more dining hall problems.”

He was most certainly correct. If we implemented his strategy, we would be able to finish breakfast, at least for a while.

It would have “worked.”

Fortunately, we did not determine what is ethical and permissible by what “works.”

Utilitarianism – the philosophy that actions are correct if they are useful, especially for the majority – seduces with its promise of success, but ultimately those who embrace it are sucked into a morass of self-centered rationalization.

A philosophy that favors actions that benefit the majority seems “logical” to members of that majority. Selfishness becomes rationality. The needs and desires of minority “others” can be “reasonably” cast aside for the good of “us.”

For Christians therefore, utilitarianism is contrary to the faith we profess to embrace, and to the One we claim to follow.

“Because it works” has never been and never will be Christ’s test for what is ethical. When we sacrifice our faith on the altar of utilitarianism, we no longer follow Christ, but rather the means to our own ends.

As you have probably heard, the Trump administration has implemented a policy that results in the separation of children from their parents at the border. The administration explains this cruel practice will “work” to reduce illegal immigration and keep “us” safe. The policy will make parents think twice before looking to America for safety and opportunity.

The administration is probably correct. The policy will indeed “work” to reduce some undocumented immigration.

Utilitarianism says the child separation policy is a good thing.

But what does Christianity say? What would Christ –  concerned for “the least of these” rather than the majority – say?

Does this policy “love our neighbor as we love ourselves”?

For Christians, those are questions to ask before “will it work?”

Christians and Christianity – and therefore Christ – continue to lose credibility and the respect of those outside our faith by embracing utilitarian leaders and policies.  “America First,” “Religious Freedom,” and “Enhanced Interrogation” are  examples of Orwellian newspeak for utilitarian selfishness.

The unmitigated cruelty of ripping children from their parents exposes this anti-Christian and anti-Christ way of thinking and acting. It is not just this present policy that is the issue, but the hellish utilitarian philosophy it so callously illustrates.

I'm an unexpected pastor. Why unexpected? Because no one is more surprised than me that I'm a pastor. See the "About" page on my blog for more info.
View all posts by pastordavesimpson →
This entry was posted in Christian Living, Christianity and tagged Child separation at the border, Illegal Immigration, Immigrant families, Immigration, Utilitarianism. Bookmark the permalink.

2 Responses to Children at the Border: The Cruelty of “Whatever Works”