Who Is My Neighbor (in Baltimore)?

Posted on April 29, 2015 by pastordavesimpson 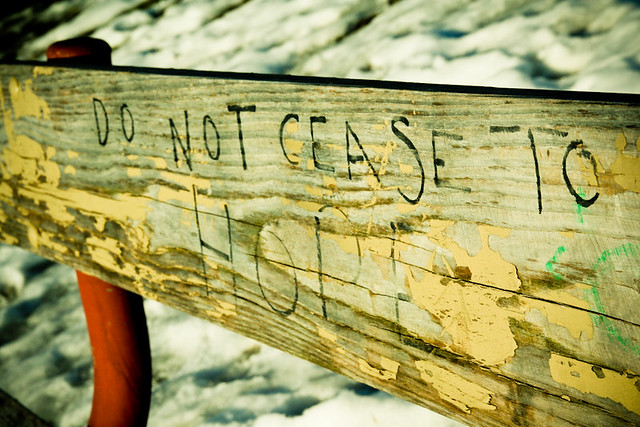 Who is my neighbor?

That’s my question as I sit in the safe sanctuary of suburbia and view the havoc in Baltimore on my big screen plasma TV. Like the lawyer who asked Jesus that question, I want to justify myself. I desire a self-affirming answer. Surely my neighbors are the people who think and act like me.  Like me they are most certainly deserving of this protected perch.

But that was not Jesus’ response to the lawyer.

I don’t believe it is Jesus’ response to me.

The HD image of my neighbor’s rage provokes fear and anger and heartache all at the same time. But I must admit . . . there but for the grace of God go I.

I have been blessed with family and mentors and good schools and middle class privilege (and yes, privilege that comes with being white) and what some would call luck (but I identify as blessings). What would I be if my reality was more like my neighbor’s?  If instead of breaks I had hope broken by circumstances I neither caused nor chose, who would I be?

God forgive my impulse as I watched the looting that violence should be repaid with violence.  I am quick to be critical of those who say or post on social media, “Just shoot ‘em,” but I confess the primal lure of such a reaction. God forgive me for thinking of my neighbor, even fleetingly, as a “thug.” Forgive me for labelling my neighbor and perpetuating his dehumanization. He was fearfully and wonderfully made just like me.

It is indeed easy for me to judge. I live an insulated existence.  I am protected by a system that relies on incarceration rather than reconciliation. It is a system where prisons have been privatized, where the wealthy reap profit proportional to the number of my neighbors they keep in chains. This is a system that echoes the shackled legacy of my neighbor’s ancestors.

No wonder my neighbor is angry.

There are other neighbors of mine in the streets who must choke back their anger and fear.  They are there in the midst of the maelstrom, risking their lives and their limbs, restraining their impulse to react with violence. I cannot imagine how hard it must be to follow orders to stay in place, to watch as destruction is inflicted on the communities they have sworn to protect. There behind the shields and the helmets and the mace and the guns are my neighbors.

My brothers.  My sisters.

God forgive my impulse to stereotype those public servants who sacrifice so much, those men and women whose families give them up for hours every day knowing there might come a day when they give them up forever. None are perfect, but most simply do their best. Can I say for sure what I would do in their place? Would I even be willing?

Yes, those on either “side” of the riotous divide are my neighbors.

But most of my neighbors, my brothers and sisters, exist in that divide.  They are not participants in the tragic events. They are residents and business owners, employees who happen to earn their living in the heart of chaos fed by despair. Many of them, those who have not given up on hope, have tried to lift up their neighborhoods and their families.  Some among them are brother and sister clergy of myriad denominations and faiths. Blessed are these peacemakers who stand not above but with people who are suffering, neighbors who are heartbroken and angry in ways I cannot imagine.

So enough of my words.

I have failed to listen.

It is easy to pontificate from a distance, to make assumptions that even with the best of intentions only exacerbate marginalization by the very act of assuming.

It is time for my neighbors to speak and to be heard.

It is time to listen.

I would be the first to say that I am still committed to militant, powerful, massive, non-violence as the most potent weapon in grappling with the problem from a direct action point of view. I’m absolutely convinced that a riot merely intensifies the fears of the white community while relieving the guilt. And I feel that we must always work with an effective, powerful weapon and method that brings about tangible results. But it is not enough for me to stand before you tonight and condemn riots. It would be morally irresponsible for me to do that without, at the same time, condemning the contingent, intolerable conditions that exist in our society. These conditions are the things that cause individuals to feel that they have no other alternative than to engage in violent rebellions to get attention. And I must say tonight that a riot is the language of the unheard. – Rev. Dr. Martin Luther King, Jr.

I'm an unexpected pastor. Why unexpected? Because no one is more surprised than me that I'm a pastor. See the "About" page on my blog for more info.
View all posts by pastordavesimpson →
This entry was posted in Christian Living, Christianity, Faith, Racism and tagged Baltimore, Baltimore Christian response, Freddie Gray, Luke 10:29, Who is my neighbor?. Bookmark the permalink.