Posted on December 3, 2013 by pastordavesimpson 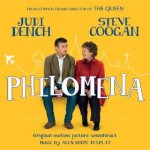 “Your pain is penance for your sin.”

That’s what the nuns said to Philomena as she screamed in agony.  Her newborn was breech; death was a real possibility for both Philomena and the baby.  But the nuns refused to call a doctor.  They denied her painkillers.  She was, after all, a sinner.

The birth is the most difficult scene to watch in the new film, Philomena.  It encapsulates the incredible cruelty Philomena – and thousands of girls – endured at the hands of those who believed they were doing God’s work.  I have not in a long time left a film as angry as I was after seeing Philomena, but at the same time I was inspired by her story.

Philomena Lee was the child of a poor Irish family who in the 1950’s became pregnant after an impulsive encounter with a young man at a carnival.  She was turned over to a convent (slyly called “The Sisters of Little Mercy” in the film – a conflation of “The Little Sisters of the Poor” and “The Sisters of Mercy”).  There, along with other girls in her “condition,” she was kept in virtual slavery for four years to work off her “debt” to them.  Of course, her family could pay a hundred pounds – an unimaginable sum – to free her earlier.

She and the other young mothers were allowed one hour a day with their children.  Until, that is, the children were sold off (adopted) to wealthy American families for a thousand dollars each.  Philomena’s son left her when he was 3.

The bulk of the film takes place more than 50 years later, when Philomena’s eventual search for her son is aided by a cynical journalist who is also a disgraced political operative.  Philomena, much to the atheist journalist’s chagrined amazement, is still a faithful Catholic.

Judy Dench is amazing as Philomena.  She once won an Academy Award for playing a queen, but she immerses herself in the role of this wounded lower-middle class Irish-woman.  Steve Coogan, who co-wrote the screenplay based on a true story, is an able foil as the jaded journalist.

Go see Philomena.  It will make you angry, but you’ll also laugh a lot, mostly at the odd couple relationship between Dench and Coogan.  You’ll also shed a few tears.

Two days after seeing Philomena, I’m still turning its themes over in my head.  What to make of the nuns, who thought they were being faithful but were perpetuating what can only be identified as evil?  I don’t think “evil” is too strong a characterization – how else do you describe forcing young girls to endure such pain and privation, and tearing their children from them . . . in the name of God?

Such evil is not confined to the nuns of Ireland, though.  Christians are guilty of this whenever we self-righteously leave others to wallow in the misery they “deserve.”  When we don’t help those in poverty because, well, they got themselves there.  When we ignore those who are in any kind of trouble because of bad decisions because, you know, they should have known better.

Sanctimony might be called an occupational hazard for Christians.  It happens when we start to believe that we have done something to save ourselves, or that we have been selected for salvation because God found something about us extra-special.  When we give credit for our salvation to anything but grace – God’s free gift – then it is inevitable that we start to judge, and be judgmental toward, those who don’t measure up to our standards.

We can also convince ourselves, like those Irish nuns, that it is our responsibility to raise everyone else to our level.  Instead of sharing a life-giving faith with the world, our mission becomes to function as a sort of morality police.  But, in the words of a recent New York Times article, “Jesus did not intend to establish a legion of scolds.”

Stories like Philomena’s, with its extreme (but true) example of this sort of perversion of Christianity, are more than just an occasions for us to condemn those like the Irish nuns.  They are also, and more importantly, opportunities for us to look at ourselves and identify the people toward whom we harbor such judgment.  It’s not just a covenant phenomenon, but a constant risk for Christians everywhere.

(What follows is a minor spoiler.)

This theme of leaving people to the God-ordained consequences of their (mis)behavior pervades the story of Philomena’s son as well.  Eventually, we find out along with Philomena that her son was gay and that he died of AIDs.  Ironically, he worked in the Reagan and Bush administrations; we are reminded in the film that under both presidents funding for AIDs research and treatment was cut, mostly because of the attitude that homosexual men “deserved” the disease because of their sexual choices.

So if judgmentalism is not real Christianity, what is? We see the answer to this in Philomena  (both the woman and the film), as well.

It turns out that not only did the nuns take Philomena’s son away from her, but also that they actively blocked efforts by both her and her son to find each other.  After finding this out, Philomena and the journalist return to the convent.  There she meets an elderly nun who was particularly cruel.  The journalist demands an apology, which the nun refuses to give.  She doesn’t feel she has anything for which to apologize.

The forgiveness wasn’t asked for.  Philomena offers it freely.

I'm an unexpected pastor. Why unexpected? Because no one is more surprised than me that I'm a pastor. See the "About" page on my blog for more info.
View all posts by pastordavesimpson →
This entry was posted in Christian Living, Christianity, Faith, Movies, Uncategorized and tagged Grace, Judgement, Judy Dench, Philomena, Steve Coogan. Bookmark the permalink.